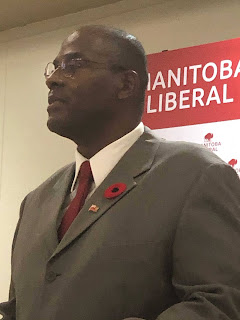 This evening was an exciting one with Willard Reaves being nominated as the Manitoba Liberal Party candidate in Fort Whyte constituency.    Pat Cairns, Paul Bennett, Alan Castell, Terry Duguid and Dougald Lamont all spoke to support Willard Reaves nomination.   Willard himself, while gracious and humble, was firm in his commitment to work for the people of Fort Whyte and for the people of all Manitoba.