Let us remember Welsey Elwick who died a year ago, and dedicate ourselves to the improvement of addictions services and to preventing tragedies like his death. 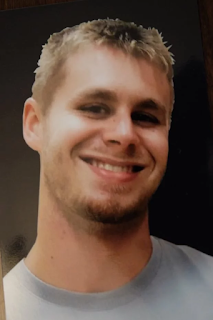 Wes Elwick (photo above) was a 25 year old man with a lot of promise and a lot of potential. Today in Question Period I asked about the need for improvements in addictions services in Manitoba and the need to  prevent tragedies like the death of Wesley Elwick.   Below is from Hansard - sadly our Premier is doing everything he can to direct blame elsewhere instead of taking the situation seriously, taking responsibility and acting.

Hon. Jon Gerrard (River Heights): Madam Speaker, last Thursday, I asked in question period about crystal meth. The Premier (Mr. Pallister) did not take my question seriously and never even mentioned meth in his answer.
Twenty-five-year old Wesley Elwick died a year ago because the Main Street Project and the health-care system in general are not provided with adequate resources to give the services that addicts most need when they need it.
When the actions needed to help people with addictions are known, when the government has received millions of dollars for mental health from Ottawa, why has the Premier not addressed this in the year and a half he's been in office?

Hon. Brian Pallister (Premier): Crystal meth's a problem, Madam Speaker. It's a tremendous problem. The opioid crisis is real. The minister is addressing it and addressing it well.
But, again, the member should not confuse my disrespect for his lack of opposition to his federal colleagues cutting health-care support in our province with my disdain for the issue he raises. Those are two different things.
The member has said not a word in opposition to a $2.2-billion reduction in health-care resources from Ottawa to our province, not one word. And then he stands in this House today and talks about resources being made available for a very real crisis that needs attention? There's a real contradiction in those points, Madam Speaker.
The member needs to re-examine–he needs to re-examine his lethargy, his disdain for the people of Manitoba in the face of his acquiescence, his bowing to the east, Madam Speaker.

Madam Speaker: The honourable member for River Heights, on a supplementary question..
Order.

Mr. Gerrard: Madam Speaker, the Premier might start by thanking the government of Ottawa for providing billions dollars more in health care.
Indeed, as Robert Lidstone observed –
Some Honourable Members: Oh, oh.
Madam Speaker: Order.
Mr. Gerrard: –recently, people who decide to stop using drugs like crystal meth and opioids in our province have to jump through a series of unnecessary hoops and wait far too long to access a safe, supportive environment.
We need to look at creating stabilization programs that can bridge the gap between active substance abuse and rehab or treatment programs which often have wait times of one or two months before a person can be admitted.
What is the Health Minister doing to bridge this gap?

Mr. Pallister: In the 1990s, the federal Liberal government, of which the member for River Heights was a part, got a transfer of funding for health care to all provinces, including Manitoba. I decided to leave provincial politics, run for a two-person party, to fight for health care because we need health-care support from Ottawa.
We used to have equal support, then we had a junior partner, and now we have a mini-me partner that doesn't–thinks it can call the shots while funding health care less and less each passing year.
Half of the Liberal Cabinet spoke against these measures, which see a reduction, during the run-up to the last election. But now, suddenly, they've embraced the position where they are reducing transfers for health-care support across the country of Canada and the member sits on his hands and says that's fine with him.
It's not fine with this government, and it never will be fine with this government, Madam Speaker.

Mr. Gerrard: Madam Speaker, if the Premier's going to request more money, he better have some good plans. And all we've seen is bad plans in health care so far.
In Manitoba, there are many stories of addicts–
Some Honourable Members: Oh, oh.
Madam Speaker: Order.
Mr. Gerrard: –leaving emergency rooms, crisis centres, or even welfare offices, in despair because they didn't get the help they needed.
Often today, this is for addiction to drug combinations like meth and opioids together. In Ontario, hospitals operate withdrawal-management centres that directly admit people without having to go through an emergency room and are open 24 hours a day, seven days a week for those who want to get clean and access help.
When will the government consider moving to the more successful Ontario model? Minister?


The NDP say nothing, the Liberals say nothing. One political party in this House is standing up for health care for Manitobans, and that's the Progressive Conservative Party. We stand up for health care, and we will oppose federal cuts to health care now, as we did in the 1990s, when that member was part of gutting and cutting them then, as he is now supporting them today.

The Premier's statements are full of misinformation, half truths and falsehoods.  He would have done better to address the real needs of Manitobans and the steps that need to be taken to address the very serious crisis in Manitoba with meth and opioid addictions.   We need an approach which will prevent the tragedies which are happening and which will prevent deaths like that of Wesley Elwick.   Let us, in his name, do what is needed to improve services for those with addictions, and prevent future tragedies. There have been too many already.   This week's story from Brandon only confirms the seriousness of the situation - click on this link.  The story says " Brandon has a serious drug problem. And if we don’t do something — and fast — it is going to turn into a full-blown community crisis. Meth is Everywhere. And it just may be the tip of the iceberg."