South Africa - at a turning point

February 18, 2018
With former President Jacob Zuma stepping down this past week, and with Cyril Ramaphosa the new President, South Africa is at a turning point.  Naomi and I had the good fortune to be in South Africa recently and to learn what is happening there first hand.  We found a nation ready for change and hopeful that Cyril Ramaphosa would be President and would have the ability to end the problems with corruption in South Africa and to put the country on a more positive course.

On our arrival, we were struck immediately by the water crisis in Capetown. 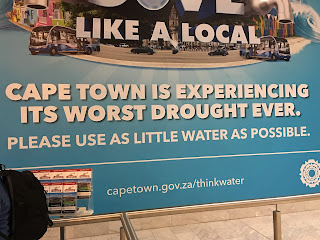 We saw signs like this one in many places - starting at the airport when we arrived. Capetown may be the first major city in the world to run out of water.  Day zero is now predicted to be sometime in April.  Hopefully, with everyone conserving water and with some rain the crisis can be averted.  But the fact that it is this close is a warning sign which is being heard around the world.

We were fortunate, when we were in Durban, to have an opportunity to meet with Tim Brauteseth, the Member of Parliament for the Demoratic Alliance for KwaZulu-Natal and to be able to discuss a whole variety of issues from the current political situation in South Africa to health care to child welfare and education.

While in Durban, we met members of the Hillcrest Rotary Club.  Thank you to our hosts Rob and Pat Campbell.  The Winnipeg Downtown Rotary Club, to which I belong, has partnered with the Hillcrest Club to fund a rainwater harvesting project for the Ikhethelo Children's Village.  The clubs are also working together on a sanitation project for the Gillitts Primary School and looking to support the Hillcrest AIDS Centre Trust.  We had the opportunity to visit these three projects and were very impressed with the work which is helping orphaned children, helping improve the education for children from disadvantaged households and addressing health issues related to the high incidence of AIDS in this part of South Africa. 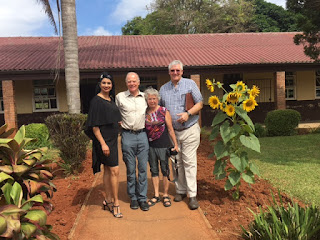 Naomi and I are with Ms Arti Jadoo, Principal at the Gillitts Primary School, and Rob Campbell, President of the Hillcrest Rotary Club.

During our time in South Africa, we had the opportunity to visit Robben Island where Nelson Mandela was imprisoned for many years, and to learn about the conditions there first hand from a former political prisoner.   We were also able to visit Constitution Hill in Johannesburg where Nelson Mandela had been held before going to Robben Island and to appreciate the awful conditions in this facility.  In Soweto, we visited the site of the June 16th, 1976 students' protest where 13 year old Hector Pietersen was shot. 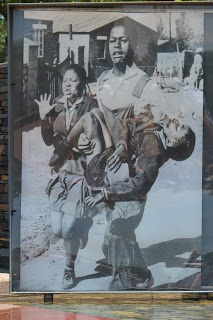 The.photo above is from June 16th, 1976 when Hector Pietersen was shot and died.  He is being carried by Mbuyisa Makhubo, with his sister, Antoinette Sithole running beside.  We had the extraordinary luck to meet Antoinette Sithole when we were in Soweto.   Many years later she is still helping to improve understanding and awareness of what happened as part of the national effort for reconciliation.  The day after we were in Soweto, we met Antoinette's husband Meshack Sithole and had a further opportunity to learn from him.   Thank you to Antoinette and Meshack. Today June 16 is Youth Day in South Africa - a day when South Africans honour young people and bring attention to their needs.

South Africa is an exciting country to visit because of its history and because we can learn from the approach they have taken toward reconciliation.  There has been an extraordinary transformation since 1994, and it is exciting to see it and to learn about it.  There remains, yet, much to do.

South Africa is also exciting because of the wildlife found in places like Kruger National Park which we were able to visit. 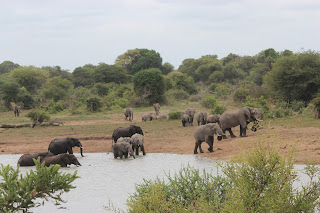 While elephants are threatened in parts of Africa, they are doing well in the Kruger National Park. 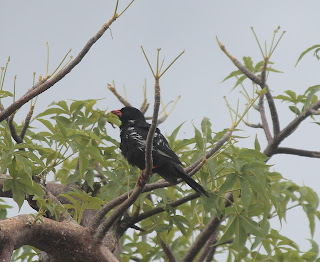 The Red-billed Buffalo Weaver builds large nests, sometimes in Baobab Trees, as you can see below.  These nests are always on the west side of the tree, believed to be related to the importance of heat in the afternoon for the nests to stay warm overnight.   This pattern is so consistent, you can tell the direction when you find such a tree. 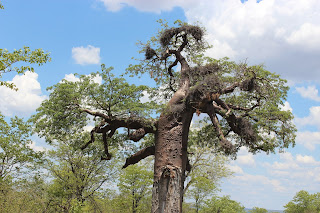 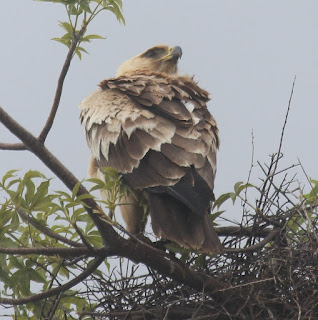 There are many different species of eagles in South Africa, the Tawny Eagle (above) being one. 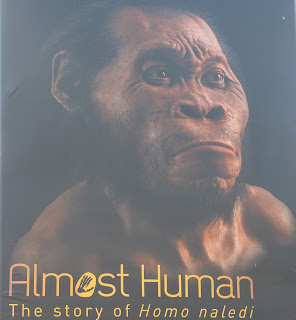 South Africa is also remarkable for what we can learn about early humans, and human evolution. Homo naledi is shown above drawn based on bones first found in 2013.  The discovery was in a region north-west of Johannesburg now described as the Cradle of Humankind.  Homo naledi lived 250,000 to 450,000 years ago and had hands and feet very much like modern human hands and feet, but with a brain, spine and rib cage which are closer to that of a chimpanzee.   Because the bones were found in a chamber with only a very narrow (18 cm) entrance, a team of six "Underground astronauts" with experience and skill in archeological/paleoontological excavation, and who were small enough to fit through the narrow entrance, was assembled to map the cave and to bring many bones out to where they could be evaluated by scientists from around the world.  One of the six, Marina Elliot (shown on the left in the photograph below), was a Canadian. 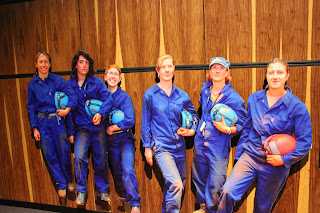 All in all, we had a remarkable experience while we were in South Africa.  We learned a lot, and we hope that some of what we learned we can use to enhance our ability to help improve the lives of Manitobans and Canadians.