On Thursday April 22, I  spoke on Bill 223, The  Spirit Bear Day Act.   This bill, introduced by Bernadette Smith, would provide for May 10th each year to be Spirit Bear Day in honour of Spirit Bear the bear which has become the symbol of  Jordan's Principle.   I have been and continue to be a strong supporter of Jordan's Principle and I am a supporter of this bill.  My speech is below.  At the bottom  are  photos of me with Spirit Bear, and me with Cindy Blackstock and Trudy Lavallee when  we went to Norway House together in August 2016.

Hon. Jon Gerrard (River Heights): Mr. Speaker, first off, I want to say that I support very strongly this bill, which would provide for Spirit Bear day in Manitoba to be celebrated annually.

I thank the member for Point Douglas (Mrs.  Smith) for bringing this bill forward.

I remember vividly, in the fall of 2005, reading the tragic story of Jordan River Anderson in an article by Trudy Lavallee in a pediatric journal. It was a shocking and deeply disturbing story of how Jordan River Anderson had died before he was ever able to go home because his going home was delayed because of arguments between federal and provincial govern­ments over who would pay for items as small as a shower head.

In my supplementary question I asked: "Will the premier today, shortly before we break for Christmas and Hanukkah, make a clear com­mitment to following Jordan's Principle, that the child must always come first?" Sadly, no commitment was made then.

Later, with Trudy Lavallee's help–she later worked with me in my office in the Manitoba Legislature–I introduced on May 20th, 2008, with Kevin Lamoureux, a bill to implement Jordan's Principle. Sadly, it was not supported by the govern­ment when it was debated at second reading in June, 2008. Sadly, the government of the day settled later that year for a solution which turned out to be not very effective.

I was pleased subsequent to this on June 5th, 2015, to work with Stu Briese on a motion which he introduced and we got passed–to support Jordan's Principle. This time the motion received unanimous support.

I would like to salute the efforts of Cindy Blackstock and the First Nations caring society over the years to support and promote Jordan's Principle and to get it fully implemented. When the Harper government took away funding from the First Nations caring society, I joined many other Manitobans to attend multiple fundraisers to help her continue, which she was able to do.

On August 2016, I was fortunate to be able to go to Norway House on a plane together with Cindy Blackstock and Spirit Bear. It was an incredible exper­ience to be able to talk and work with her in our joint efforts to help achieve a full Jordan's Principle. We walked together in the parade in Norway House and then, at a ceremony after the parade, we all saluted and honoured Cindy Blackstock for her efforts on behalf of First Nations children.

There have been many occasions where there have been opportunities to move forward with Jordan's Principle. There is substantial progress today, but we are still not where we need to be, either at a federal or a provincial level. I'm a strong supporter of this bill. I hope all in the Chamber will support this bill to have Spirt Bear day recognized formally. It is important to the children of our province that all know this story. And it's important to reconciliation, to a healthier, happier province in the future. 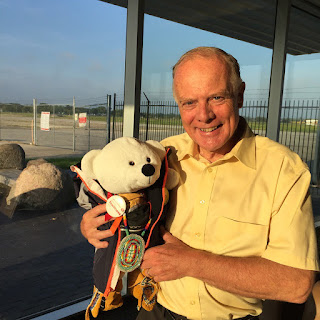 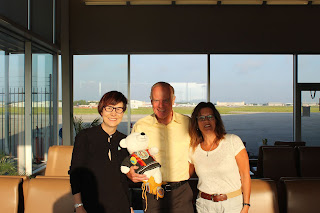