Grace Lake Airport and its future 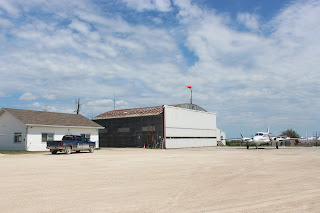 When I was in The Pas two weeks ago, I was able to visit the Grace Lake Airport.  This is the airport that the Conservative government said they wanted to close.  However, this is an important airport which is very close to the community of The Pas and there are considerable reasons for it to stay open.

1) It is the hub airport for Missinippi Air, an important northern airline which provides air services in the north including medical flights going to and from The Pas.

Though opinion is divided, from my discussions with many people in The Pas, it appears to me that with the operating costs now being fully covered because of the action of Missinippi Air there is no reason to close Grace Lake Airport, and every reason to keep it open so that people in The Pas and the adjacent Opaskwayak Cree Nation can be served well.