Manitoba Liberals will clean up the lead contamination in Winnipeg 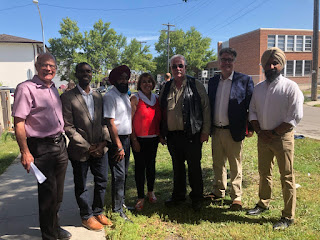 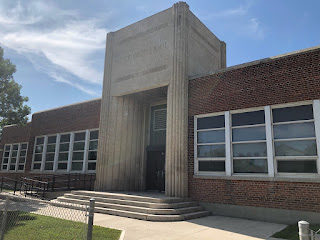 Standing beside Weston School, the site of significant previous lead contamination, Dougald Lamont emphasized the determination of the Manitoba Liberals to clean up lead contamination in this and other areas of Winnipeg. This is a serious issue which had needed attention for many years.   Lead exposure has been associated with learning and behavioural problems in children and an increase crime during the young adult life of children exposed to lead in their early years.  Our Manitoba Liberal plan to address this issue is below.   During the press conference Dougald Lamont also spoke of the need to follow up on the 23,000 Winnipeg homes which have been identified as potentially having lead pipes.


Getting the Lead Out: Manitoba Liberals Announce Clean-Up Plan
for Communities with Contamination
WINNIPEG - Manitoba Liberal Leader Dougald Lamont said that a Manitoba Liberal Government will create a $7-million fund to help pay for remediation soil and the environment in communities with lead contamination that have been ignored for decades by NDP and PC governments.
A year ago, it emerged that during the St. Boniface by-election when Liberal Leader Dougald Lamont was elected MLA, the PC government had sat on test results that showed elevated levels of lead in some St. Boniface gardens.
The PCs then accused the NDP for not releasing a 2007 report showing elevated levels of lead across Winnipeg, including in Weston, North Point Douglas, and St. Boniface. Each area was a site of industrial activity in which lead was used or being smelted.
A year later, most residents still haven’t received advice on what to do. Lamont said the time for excuses is over.
“Brian Pallister has run an excuse-based government where every single PC failure is justified by saying the NDP were even worse,” said Lamont. “After 30 years with successive PC and NDP governments who did nothing to clean up their act, Manitoba Liberals are going put resources into getting the lead out.”
A Manitoba Liberal Government will create a $7-million/yr. fund to provide:
Lamont said the fund would be available to test natural innovations to reduce soil pollution, known as “Phytoremediation”. Certain trees, plants and flowers naturally absorb and can withstand high concentrations of toxins and heavy metals and can be used to clean up contaminated areas.


“Manitoba Liberals’ approach to the environment and government is determined by the “campsite rule” - leave it better than you found it for the next people who come along,” said Lamont.