October 10, 2021
During the federal election, I was campaigning with many of our Liberal federal candidates.  The result was disappointing in that it was not a Liberal majority, but it is good to know that with a Liberal minority government that many of the initiatives which have begun - including efforts to have major national support for childcare, efforts to effectively address climate change, efforts to move forward on reconciliation will continue.   Below, Naomi and I are in Niverville with Trevor Kirczenow and his team. 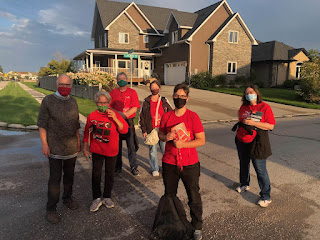 In the photo below I was in Neepawa with Kevin Carlson 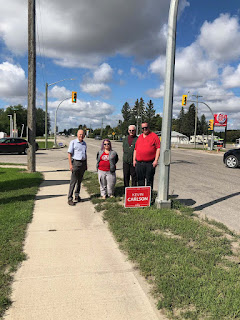 While in Neepawa, I also had a chance to see a bridge badly damaged in a recent flood. 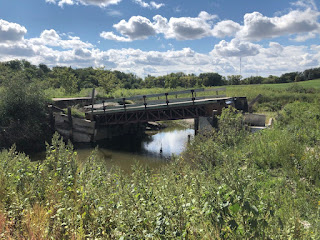