Are we doing enough to educate our children about methamphetamine and about cannabis?

October 26, 2018
Thursday October 25th, I asked about the level of education in primary and secondary education about methamphetamine and about cannabis.   Clearly these are important areas for students to know about given the meth epidemic ongoing in Manitoba today, and the recent legalization of cannabis in Canada.  My questions and the Minister's responses are below.

Inclusion in K-to-12 Curriculum
Hon. Jon Gerrard (River Heights): The meth crisis is extremely serious. One of the essential steps that should already have been taken to–is to ensure the K‑to-12 curriculum has material which deals with what meth is, why it's so dangerous, why it should be avoided and never used, what are the specific steps that a student should take if they have started taking meth and need help, who they can go to for help and where, and how they can help a friend who's started taking meth.
At this critical time in our history, with this epidemic and crisis raging, can the Minister of Education tell us whether knowledge of the meth crisis is in the K-to-12 curriculum, and if not, when it will be?
Hon. Kelvin Goertzen (Minister of Education and Training): The member will know that there is significant education that happens within the K-to-12 system on drugs generally. Generally at grade 4, it begins.
That's often augmented by other groups that come in. We've, of course, seen Robb Nash do presentations at schools. We've had the DARE program at schools, which is operated by the RCMP, who come into the schools. So there's a number of different sources of information in terms of drugs.
* (14:20)
I was pleased to be with the then-Attorney General, the member for Tuxedo (Mrs. Stefanson), to attend a school several months ago, in our previous roles, to talk about awareness on things like opiates and meth and other drugs that were happening at that time and continue to happen, and we'll continue to provide that information, Madam Speaker.
Madam Speaker: The honourable member for River Heights, on a supplementary question.
Mr. Gerrard: But is there really enough about meth?
The legalization of cannabis in Canada has occurred. Educating students in the K-to-12 education system about cannabis in the run-up to legalization should have been a top priority for this government so students would be well aware of the medical evidence of the negative impact of cannabis on adolescent brains, the dangers of driving after taking cannabis, the potential inability of cannabis users to visit the United States for the rest of their lives, and the rules as they relate to the use of cannabis so that students understand these matters.
Why was this knowledge of cannabis not fully integrated into the curriculum before legalization? Why the delay?
Mr. Goertzen: Madam Speaker, this member and I   have heard other members of the Liberals acknowledge that one of the reasons that meth has  become cheaper on the streets, this scourge, this   terrible drug, is because, potentially, of the legalization of marijuana, as those who are selling, illegally, marijuana look to change their market and are providing cheaper methamphetamine. That is a result of the Liberal government's policy to legalize marijuana. Now, it may have been an unintended consequence, but it could nonetheless have been a consequence.
This is a government that has looked at safety in every aspect when it comes to the legalization of marijuana because of the federal Liberal government, whether that's the age, whether that's where the drug can be consumed, whether that's education. I'm glad this member all of a sudden suddenly cares. He should've said something many, many months ago when his friends in Ottawa were putting in this policy and not providing the support to Manitoba and other provinces, Madam Speaker. 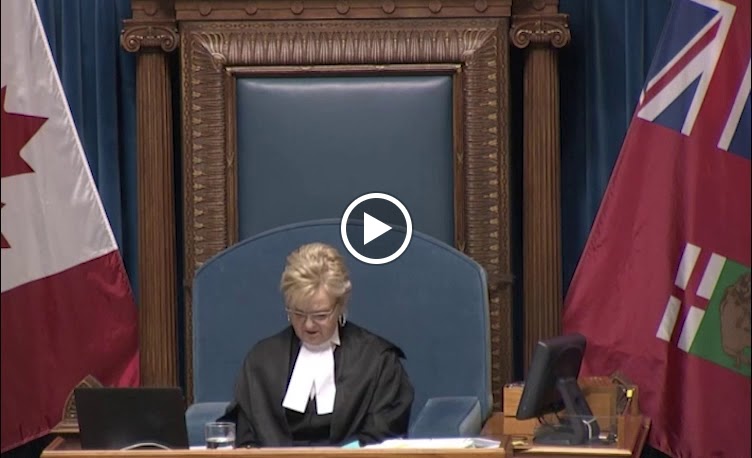 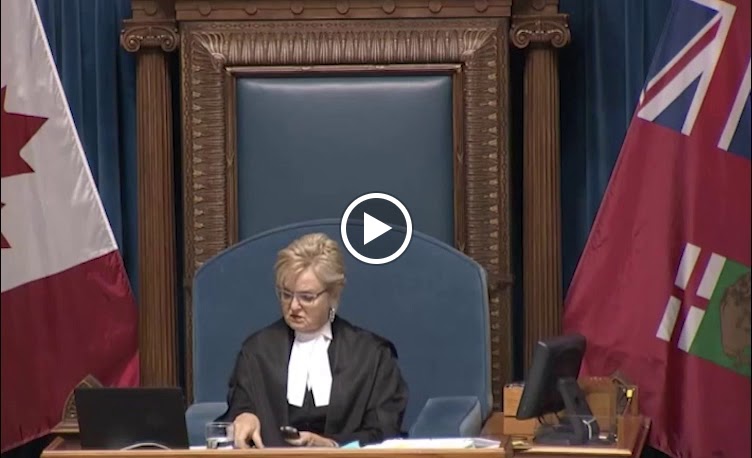