The March for Mental Health


On Saturday September 29, many people gathered at the Manitoba Legislature for a March for Mental Health.   The march was preceded by a rally and speeches at the Legislature. 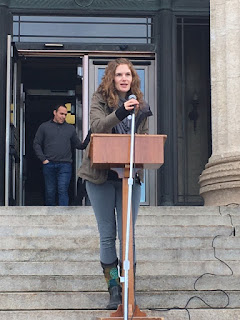 A number of dignitaries also spoke including Manitoba Liberal leader Dougald Lamont shown below with Angela Taylor and me. 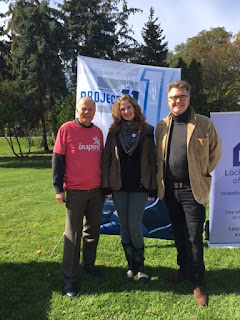 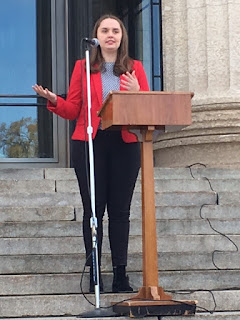 Three inspiring young people then spoke and shared experiences.  Rachel Beasley, above, is a young leader in the movement to get better awareness of mental health issues.  She spoke of her own situation and her diagnosis of Tourette syndrome which has given her a deep understanding of the needs of those who face issues with brain and mental health.   She spoke of the broad need for better support for mental health in Manitoba, and the fact that spending on mental healthy, can give substantial benefits with each dollar invested wisely saving seven dollars in expenses in health care such as emergency rooms and hospitals, and in justice and other costs. 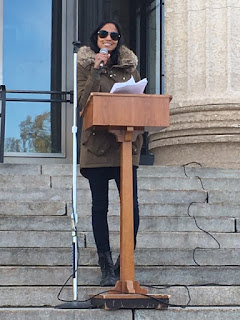 Andi Sharma (above) spoke next.  She shared her own experiences and discussed the need to address the sense of loneliness that those with mental and brain health issues often experience.  Her mental distress led to a downward spiral to drug addiction homelessness.   Out of her experience, she has emerged healthier and stronger and with the realization that “We are stronger together” – that “If we want to go fast we may be going alone, but if we want to go far we need to go together.”   In working together with others she has found a positive way forward. 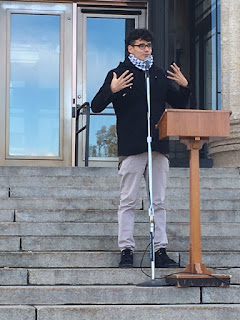 Michael Redhead Champagne then talked of the fact that too many people have died from suicide and hopelessness.  He emphasized that the systems that exist today to support those with mental and brain health issues are not good enough.   We need improvements and we need to ensure that everywhere, particularly in our institutions, that bringing hope is a vital part of this improvement.  He also spoke of the fact that those with mental and brain issues today have to be, and are, superheroes to deal with their challenges.  We must not dismiss, stigmatize or diminish in any way those who have mental and brain health issues.  We need to work with them, to support them and to provide hope.

I will make several points about this rally and the march.  First congratulations to Angela Taylor and to Inspire Community Outreach for organizing this event.  There can be little more important that the health of our brains – our mental well being.   It is an area which is crying out for more attention, more support and more understanding.  A report from the Manitoba Centre for Health Policy released last week emphasizes that more than a quarter of Manitobans have had a mental illness diagnosis over a recent five year period.  There are so many advances in neuroscience and so many opportunities to do better at keeping our minds healthy and in preventing mental illness. 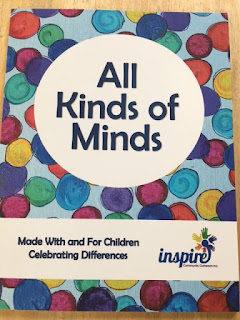 We recognize that there are All Kinds of Minds, as the title on the book (above) written by Angela Taylor and her team says.  Each of us is different.  Each of us has gifts and talents.  Sometimes we search to find them, and to have them appreciated. Sometimes times are tough.

Too often bullying and harassment can also lead to the development of a mental illness or substance abuse.  We need to address these issues and so to prevent mental illness.
Too often mental illnesses in adults have their roots in childhood as the recent report from the Manitoba Centre for Health Policy indicates.  Helping children can reduce later mental illness and addictions.  Inspiring children, as those who came to the rally and march are doing, and helping them to be creative and flexible and resilient are important.

The consequences of mental illness can be severe – problems with family, with community with school and with employment, and with drug and alcohol addictions – and if left untreated can lead to suicide attempts and even suicide.  The cost of inaction is far too high.  The cost to Manitoba of anxiety and depression has been estimated at $1.5 billion a year.

There is a need for friends who can provide a circle of support and care – as this march and rally have emphasized.  There is a need to focus on the positive and the inspiring, because when you search there are always options to help.

Addressing the stigma of mental illness is an important part of helping those with brain or mental health conditions to do well.  It is possible.  It is needed.   The time to make a change to improve is now.

I write as the MLA for River Heights, and the Health Critic for the Manitoba Liberal Party. Sadly under the former NDP government and under the present Conservative provincial government there has not been enough effective effort to improve the mental well being of Manitobans and to address issues of brain and mental health.  As Liberals we are determined to do better.  Our 2016 report on Brain Health can be found by clicking on this link.

Thanks to all who came out to the March for Mental Health and for your efforts to bring more attention to mental and brain health issues, and to bring people a positive and inspiring message.