Mr. Gerrard: Madam Speaker, the government needs to be proactive, not just reactive.
Individuals with learning disabilities often experience frustration with the K-to-12 education system because detailed assessment of their learning disability is often slow and the help and support available in Manitoba is not as advanced as it needs to be, particularly for those with complex learning disabilities, including processing difficulties.
Students with learning disabilities are among the most vulnerable and, when not adequately helped, are more likely to be involved with substance abuse and to have mental health issues, as we learned at a recent forum I held in River Heights. Action is urgent.
What is the Minister of Education doing to ensure all children with learning disabilities get the full support needed?
Mr. Goertzen: Well, Madam Speaker, this government, our government, has been more proactive on this file than, I would say, any other government in Canada. Whether that is setting a differential age from alcohol when it comes to the consumption of marijuana or whether that is restricting significantly where the drug can be consumed so it doesn't become normalized among groups that we don't want it to be come normalized in, whether it's ensuring that there is good control on the distribution of the product–though we need more help from the federal government on a seed-to-sale tracking system. This government has been proactive every step of the way.
What we haven't had is a federal government who's been a real partner to ensure that we have equipment when it comes to impaired driving, have it on time, Madam Speaker. That hasn't been there. And I have never heard that member say one word to his federal colleagues in Ottawa about this. He can sit here, and he can make political points, but he was–
Madam Speaker: The member's time has expired. 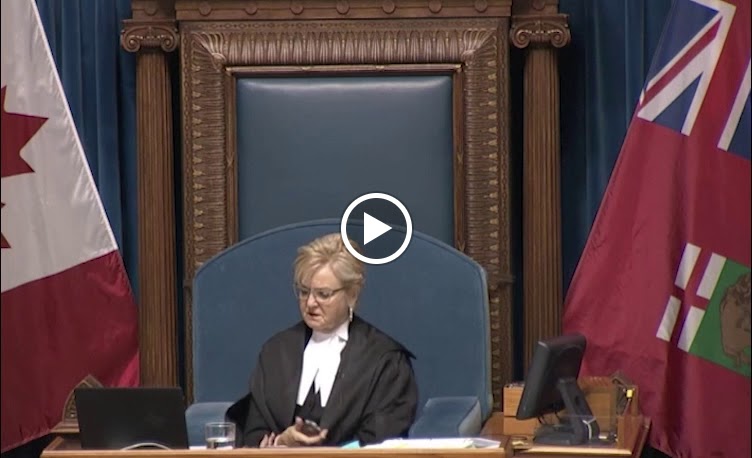