Dougald Lamont speaks at Meth Forum last night to present positive ideas to address the epidemic, while exposing the lack of action by the Pallister Conservatives 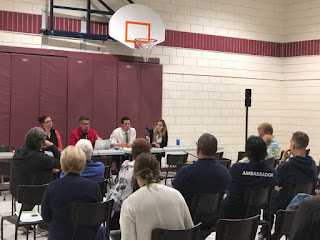 Last night at the Notre Dame Recreation Centre in St. Boniface, at an Election Forum on the Meth Crisis in Manitoba, Dougald Lamont spoke eloquently about the severity of the meth epidemic and described the Liberal plan to address it.  The Liberal Plan will make sure that there is a single province-wide phone number for people, or friends of people, who need help dealing with meth to call (as there is in Alberta) and that there will be rapid access to a seamless series of steps - stabilization, detoxification, treatment, extended supportive housing etc so that people with meth addiction can be helped well and effectively and so that they can rebuild their lives.  The Liberal meth plan will be helped by our approach to mental health (putting psychological therapies under medicare), and to poverty (providing better support).  It will also be helped by our vigorous efforts to help young people understand the problems with meth in our education system and to provide alternative positive activities and opportunities for young people. 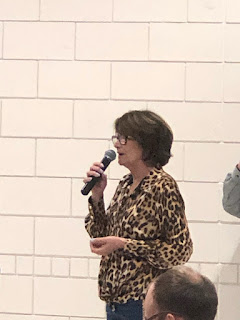 Marion Willis of St. Boniface Streetlinks and Morberg House spoke to emphasize the importance of having a meth recovery centre like Morberg House which is fully separated from where people are using meth.   One of the essential needs for meth users is to be in an environment where they are  not tempted to use meth and are supported in staying meth free and in re-building their lives. 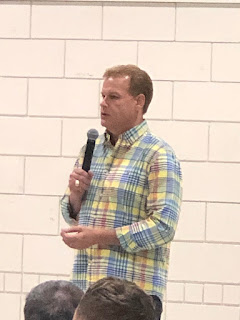 Ken Cranwill spoke of the situation of 800 Adele.   800 Adele is, as Ken described it, an ideal facility for with rooms organized as needed for stabilization units.   It could be a primary place for helping individuals with meth addiction.   Sadly instead of making use of this possibility, Premier Pallister proceeded recklessly to break the provincial contract with the owners of 800 Adele.  Mr Pallister has kept the facility which the province continues to rent, empty for many months, even when there is a pressing need for a facility like this to help address the meth crisis.
. 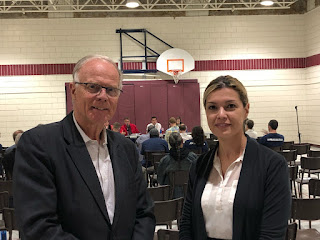 Fiona Haftani, our Manitoba Liberal candidate in Waverley was present at the Forum. She, like me, is very concerned that we have effective action to address the meth crisis.