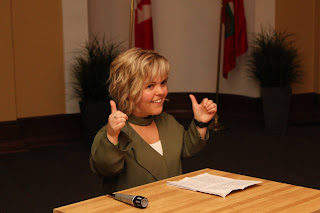 Why are we so small?

This is the most common question asked of a little person.  The simplest answer is that we are born that way.  Being small is just part of our physical makeup, much like the colour of our eyes or hair.  The condition is known as dwarfism and is caused by a genetic mutation that happens in about 1 in approximately every 30,000 births.  More than 80% of little people  are born to average-sized parents with no history of dwarfism in the family.

There is no correlation between physical size and intelligence.  Persons of short stature (Little People) fulfill many positions in society that are traditionally associated with being among the most intelligent.  There are numerous examples of people with dwarfism who are highly respected doctors, lawyers, scientists, analysts, teachers, athletes, politicians, actors, writers, artists, musicians and business people.

What are the most common types of dwarfism?

Why  is the term "midget" so offensive?

Like many other words that were once commonly used to describe different segments of the population, the word "midget" is offensive to little people, and no longer has a place in modern vocabulary.  The term dates back to the mid 19th century during the height of the "freakshow" era, and was generally applied only to short-statured persons who were put on display for public amusement.   The link between the word "midget" and the negative objectification of the person make it unacceptable today.

Such terms as dwarf, little person, LP, and person of short stature are all acceptable, but most people would rather be called by their name than a label.

More information on the Little People of Manitoba can be found by clicking on this link.