Manitoba Liberals helped save the Lake Winnipeg fishery in 2020

October 04, 2020
With some excellent political dexterity and effort Dougald Lamont and the Manitoba Liberals were able to achieve changes in a federal program that helped save the Lake Winnipeg fishery for 2020.
In brief, the Freshwater Fish Marketing Corporation was not able to take fish because its freezers were full and the market  for pickerel  was down because people were not going to restaurants - where much of the pickerel is sold.
There was a federal program that allowed for the donation of such surplus fish, but it did not apply to the Freshwater Fish Marketing Corporation.    Dougald Lamont learned about the nature of the problem and successfully approached the federal Minister responsible and was able to get the program changed so that the Freshwater Marketing Corporation's fish could be donated to First Nations' people in need.  The result is emptying out the Corporation's freezers and allowing the Corporation to purchase new fish from Lake Winnipeg and other fisheries.  An article  describing this is below. 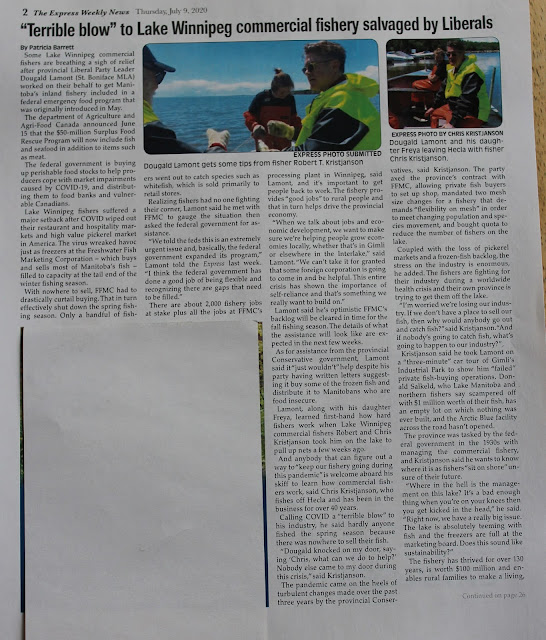