September 22, 2017
Earlier today, I was in Minnedosa to celebrate the life of Ken Harris a longtime Liberal who has made incredible contributions to his community.   He served on numerous committees and in particular played an important role on the Lake Rehabilitation Committee which oversaw the development of the campground, the refurbishment of the beach pavillion and the re-establishment of  the Minnedosa beach as a prime tourist attraction.

As was reported in 1981 in the Minnedosa Tribune "A few years ago Ken Harris, then a councillor and Parks Board member, had the idea of developing campgrounds at the beach.   Being a somewhat stubborn opinionated Englishman he refused to listen to friends, colleagues or enemies who informed him in no uncertain terms that , "it wouldn't work".   The Parks Board, he was told, had enough to contend with in the administration of the existing site.  Mr. Harris refused to listen and eventually he was able to get good, if reluctant, support for his project. Today the campground is as much revenue as the cabin area and I, for one, take back what I said to Mr. Harris years ago."

Ken Harris also contributed to the refurbishment of the former post office as the new Civic centre, thus saving a heritage building, to save he former CPR railway station, to establishing the Bison Compound and to putting flags and light standards across the dam.    Saving the former CPR station was a mission close to his heart because he had worked for the Canadian Pacific Railway for many years. 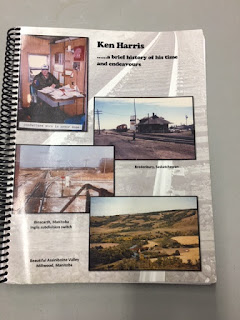 Ken produced a book with his life story. 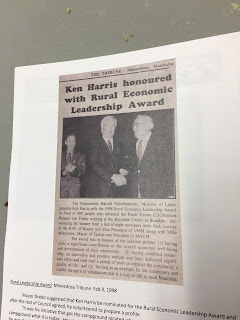 Ken was honoured with the Rural Economic Leadership Award in 1998 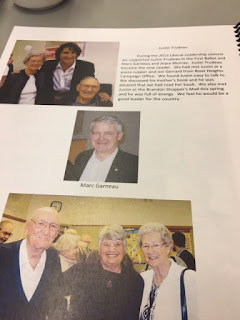 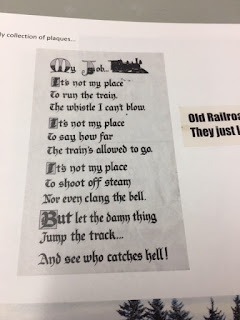 The book also features poems and stories - this one related to his work with the CPR and his passion for trains.