The tuition rebate program offered graduates up to a 60% rebate on the total amount of tuition fees paid over their time at any post-secondary institution in the province, capped at $2,500 per year and $25,000 in total. Manitoba residents were able claim the rebate over a period of 6 to 20 years after graduating.
The Pallister government is now eliminating this program. Graduates will be able to claim $500 of their tuition rebate in the 2017/18 fiscal year, and then it will be eliminated in 2018/19. The elimination of the rebate has the impact of increasing the taxes paid by recent graduates substantially.   Were they to remain here (many may not now) the extra taxes paid by graduates would be $52.9 million in the 2017/18 fiscal year, a very large tax increase for a small segment of the population.  Already, some recent graduates have decided to leave Manitoba, and in some cases whole families are leaving (they want to be with their children), with a substantial loss of tax revenue to the Manitoba government.   If the result of the elimination of the tuition rebate is more people leave Manitoba and fewer stay to pay taxes, the result will actually be a loss of tax revenue rather than a saving depending on how many people leave. 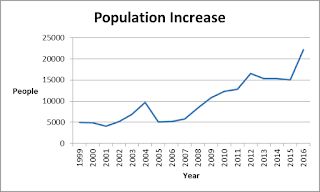 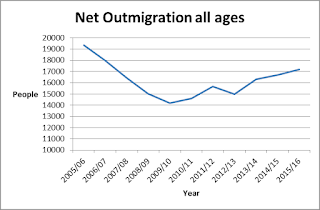 We can next ask whether this outmigration was primarily in those who were the target of the tuition fee rebate – those aged 18-39.   Indeed, the largest change (Figure 3) in outmigration was observed in this cohort of the population.  The fact that the largest decrease in outmigration occurred subsequent to 2007 is also consistent with the tuition fee rebate having an effect to retain students and recent graduates in Manitoba.   Indeed, in a direct comparison, we can see that compared to the 2005/06 fiscal year, 32,841 fewer Manitobans left our province in the years following the tuition rebate being introduced up to and including the 2015/2016 fiscal year.  19,233 of those who stayed were aged 20-39. 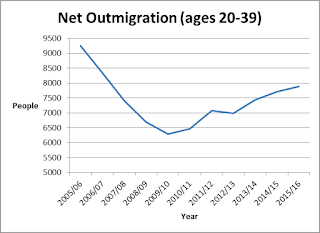 Was the wind down of the program done in an optimum way?

Given the evidence that the tuition fee rebate may have contributed to students and recent graduates staying in Manitoba, it is important to look at how the program was wound up. The program was drastically curtailed for 2017 and then ended completely after this. Many students and recent graduates had already planned the tuition fee rebates into their plans and their budgets. Changing their expectations in such a sudden way with respect to a program which they had been promised would be there for them has caught some students off guard and now wondering how they are going to continue with their  current plans, and some considering, as a result, moving out of province.