Congratulation to Yisa Akinbolaji and the Creative Foundation for an exceptional 20 years.

September 28, 2019
September 18 I joined many others in celebrating the 20th anniversary of the Creative Foundation.  It was an exciting evening with the exceptionally gifted 15 year-old Tanmay Bakshi talking about teaching young people how to learn about and use augmented intelligence.   Congratulations to Yisa Akinbolaji and all involved with the Creative Foundation on a very successful 20 years. 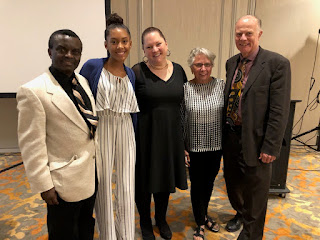 Naomi and I are together with Yisa Akinbolaji, his daughter Abby Akinbolaji and his partner Catherine Rust-Akinbolaji 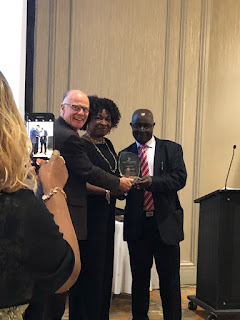 Presenting a Life Mentor Award to Dr. Tito Daodu with her proud parents receiving the award on behalf of Tito who was unable to be present. 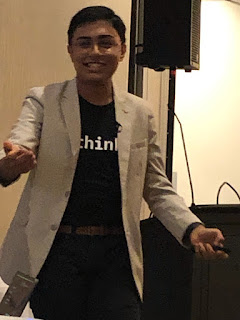 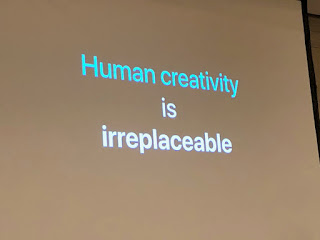 Tanmay emphasized that human creativity is always going to be needed. 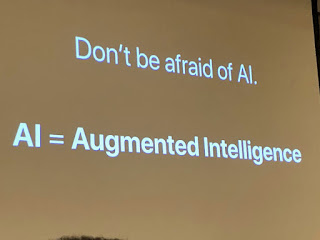 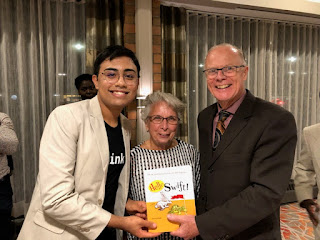 We purchased Tammy Bakshi's book Hello Swift! for our grandaughter to she can create her own apps. 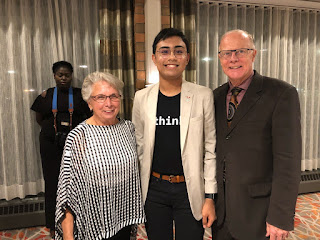 Thank you Tanmay Bakshi for coming to Winnipeg.