One Basin, One Governance Conference

September 28, 2019
September 16 to 18, I attended the One Basin, One Governance Conference held in Winnipeg. The conference, co-organized by the Red River Basin Commission and the Southern Chiefs Organization was a remarkable effort to bring together people from areas within the Lake Winnipeg Basin to look at the opportunities for working together.   As was highlighted on the first evening this is a fight for mother earth.  It is a fight to ensure that the land and water within the basin are healthy.   There were many notable speakers.   Grand Chief Jerry Daniels of the Southern Chiefs Organization demonstrated his capacity for leadership, as did Mary Scherling, Gavin van der Linde and Steve Strang of the Red River Basin Commission.   Bob Sandford talked of the urgency of action with respect to climate change as we are observing changes this year in the Canadian arctic and in Greenland which were not predicted, only a few years ago, to occur until 2070 or 2090.  Congratulations to the organizers of the conference for an important event. 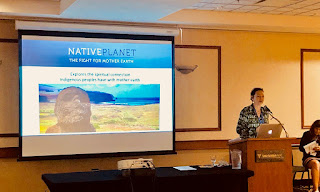 Tina Keeper, with the Southern Chiefs Organization, presenting on the first evening of the conference. 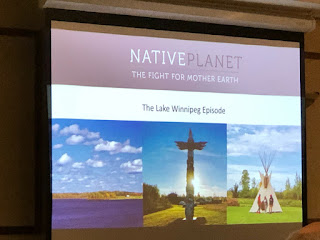 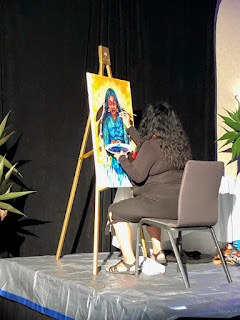 Jackie Traverse of the Lake St. Martin First Nation painted during the banquet.  Her painting, auctioned off to help raise funds in honour of Gary McLean to provide scholarships raised $4000. 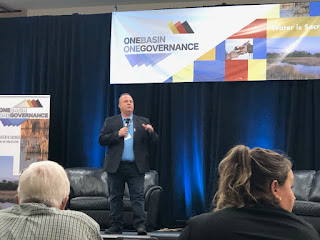 Steve Strang, Manitoba Director for the Red River Basin Commission provided a summary at the end. 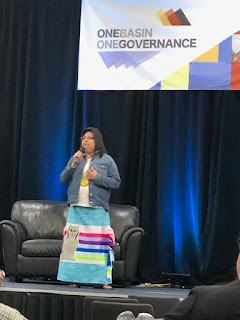