On Wednesday April 4, Judy Klassen, Liberal MLA for Kewatinook stood up in Question Period to speak loudly for those in her communities in the Island Lakes region who are struggling with the crystal meth crisis.   This crisis has arisen because, when community members were evacuated because of the wild fires last summer, youth from the communities were preyed upon by drug dealers who gave away meth samples.   Now the communities have a full blown meth crisis.  Maureen Wood is leading a group of Island Lake residents who are walking all the way to Winnipeg to draw attention to this crisis.   Several weeks ago, when I was in St Theresa Point I saw several posters in the space adjacent to the northern store which are shown here.   Young people have been speaking up in their community about this situation.  Now Maureen Wood and Judy Klassen are working to draw province-wide attention to it.

Below are signs from St.Theresa Point 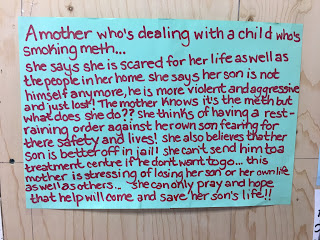 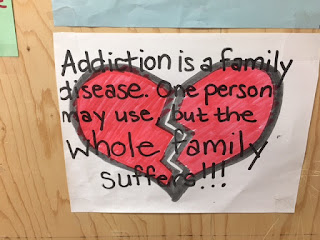 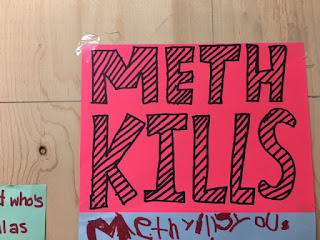 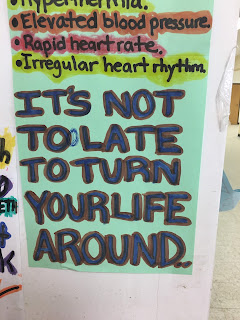 The text from Hansard is below:

Methamphetamine Concerns
Ms. Judy Klassen (Kewatinook): Maureen Wood, a young, 32‑year‑old single mother of two had made a monumental decision. On Wednesday, March 28, she started walking from our reserve to this building. This is a distance of nearly 1,100 kilometres. She is walking this distance to raise awareness of the meth epidemic and crisis in our Island Lake communities. I met up with Maureen in St. Theresa when she started her walk. Initially, she only had her family by her side. Now she has 24 people with her and counting.
Will the ministers of Health and Justice honour her courageous journey with a meeting to hear her concerns of our community?
Hon. Kelvin Goertzen (Minister of Health, Seniors and Active Living): I want to commend each of those community members for raising awareness to what is a very difficult situation in Manitoba and across the country when it comes to addictions, Madam Speaker.
Certainly I am willing to meet with this group. I understand we have Estimates scheduled for after question period. If the opposition is willing to provide some time, I'm happy to meet. I'd even be willing to invite–I'd be willing to invite the member for Minto (Mr. Swan).
Madam Speaker: The honourable member for Kewatinook, on a supplementary question.
Drug Trafficking Prevention at Airports
Ms. Klassen: I'm meeting with them tomorrow again and so I'll carry that message to them, and I appreciate that answer.
The group share horrific stories of how meth has invaded their lives and how it has destroyed and even killed a spouse, a child, an uncle or an aunt. We have to spend upwards of nearly $30K for someone to  enter treatment–to come out here and enter treatment, and this does not consider all costs involved in medevacs paid for prior for these people getting admitted. We want to use those funds to build our own treatment centres or places of safety.
Having drug‑sniffing dogs at the airports would help cut off the meth supply. Can the minister responsible commit today to dedicating such resources at these airports?
Mr. Goertzen: Again, Madam Speaker, I'm more than happy to meet with the group when they arrive tomorrow, I understand, and, again, I would invite my critic to join me as well whenever they arrive here in the Legislature.
I'd be happy to have that because this really isn't a partisan issue. I mean, I know, and I think we all know that Manitobans have been touched in many ways–doesn't matter where they live; it doesn't matter who they are; doesn't matter what their background is; doesn't matter if they're wealthy; it doesn't matter if they're struggling–every Manitoba can–Manitobans can be touched by addiction and I'm always willing to listen to Manitobans who have ideas in terms of how to make the situation better, and I appreciate the member bringing this forward in the respectful way that she has.
Madam Speaker: The honourable member for Kewatinook, on a final supplementary.
Methamphetamine Concerns
Ms. Klassen: I appreciate that answer again.
Recently, thousands of our Island Lake residents were forced to evacuate their homes due to the wildfire. Residents were evacuated to shelters here in Winnipeg. It is during that time when crystal meth reared its ugly head. Meth dealers were prying–preying on our evacuees by giving them free samples in and around all the shelters, all with the intent of getting them hooked on the highly addictive drug, and, sadly, it worked.
We have a full‑blown meth crisis tearing families apart not just in Island Lake, but across the province. We need to come together and work diligently, and I would ask all parties to quit being silent on this issue and help us for our Manitobans.
* (14:20)
Mr. Goertzen: Well, Madam Speaker, I do appreciate the member raising the issue and raising awareness and I know that all members of this House have done that, and we heard questions yesterday from members of the NDP. We've certainly heard from members in our caucus about the concerns of addictions. That's why I think this really is a situation where we can all come together and share ideas.
We have the VIRGO report, which our department has received and is now reviewing. It took input from Manitobans across the province, as well, Madam Speaker. I don't see this as a partisan issue. I don't think–we might have differences in terms of how the issue should be addressed, but I do think we need to all come together and have that discussion.
I am more than willing to have that discussion with the member and members of her community, Madam Speaker.
More signs from St. Theresa Point: 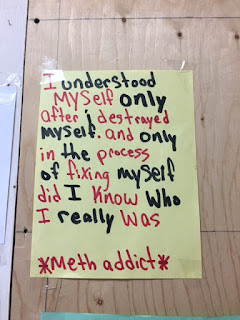 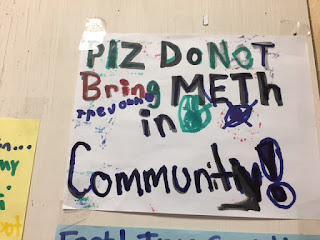 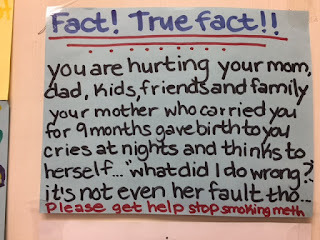 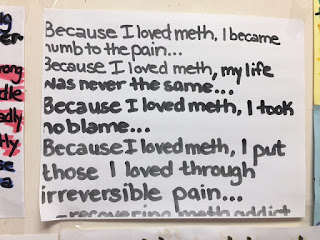 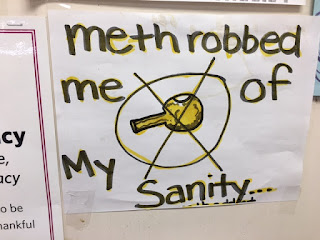 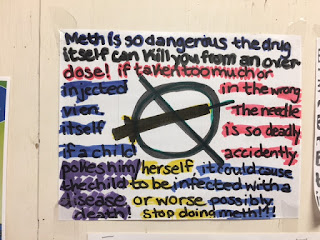 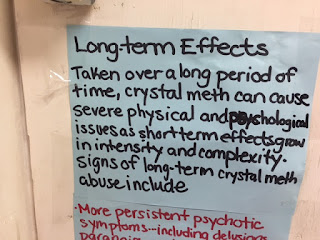